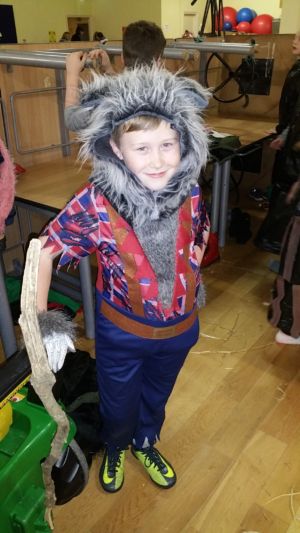 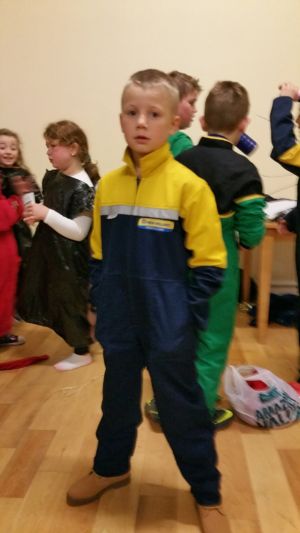 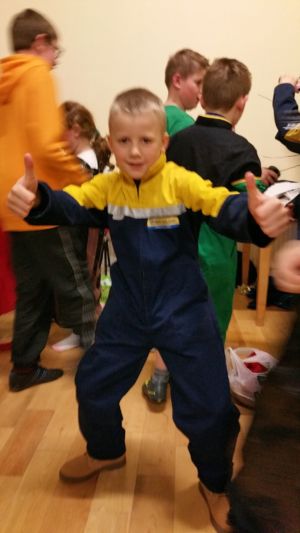 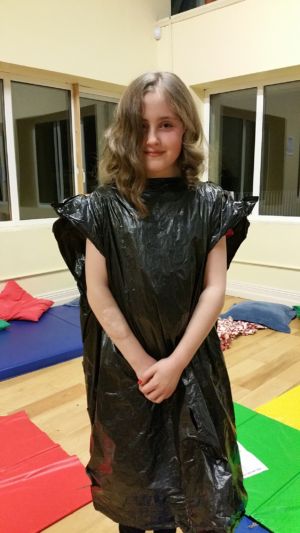 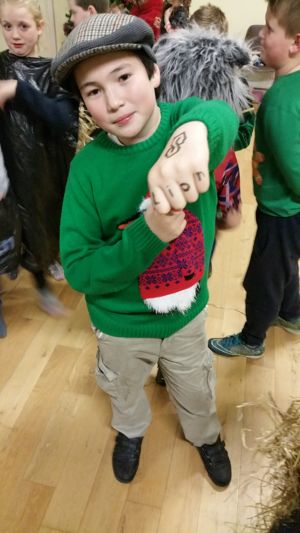 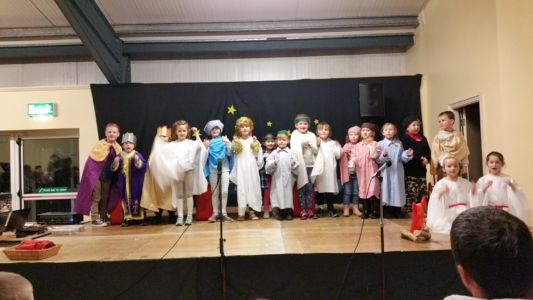 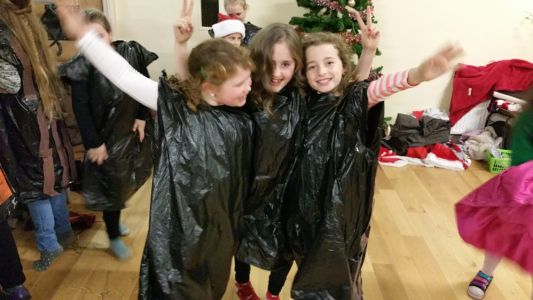 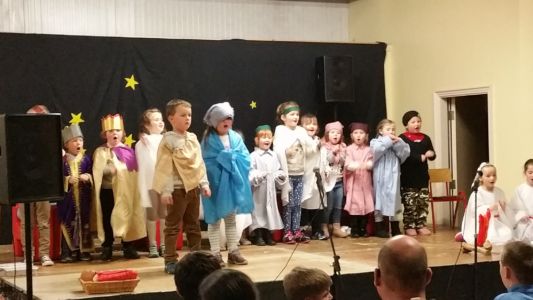 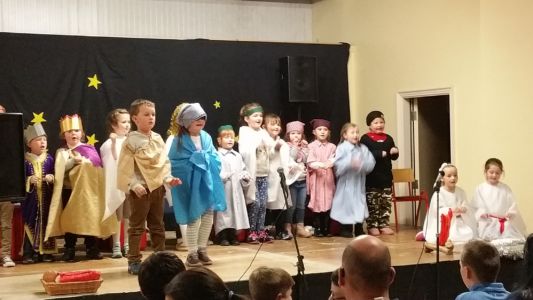 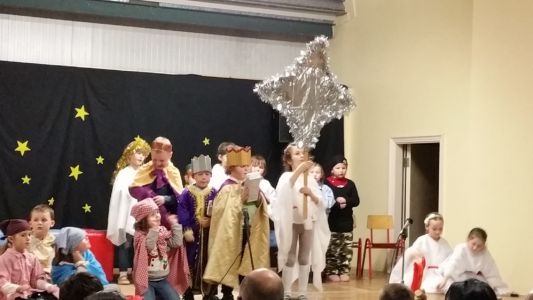 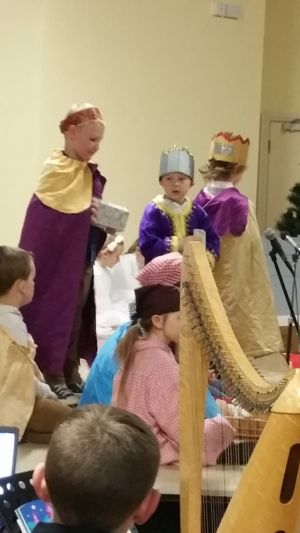 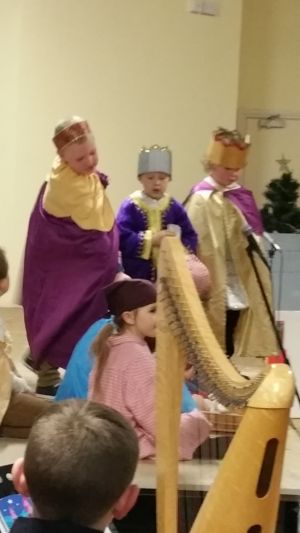 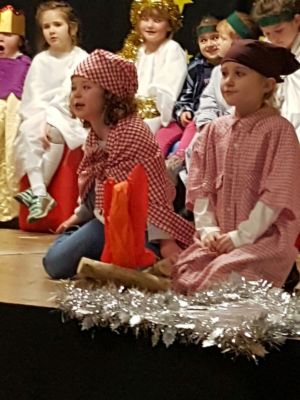 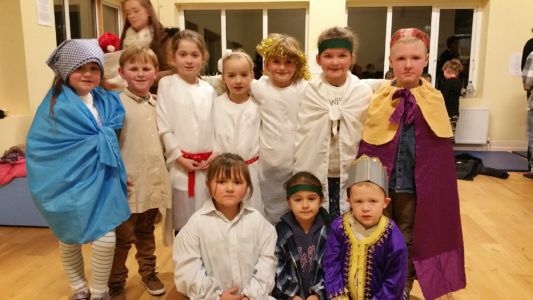 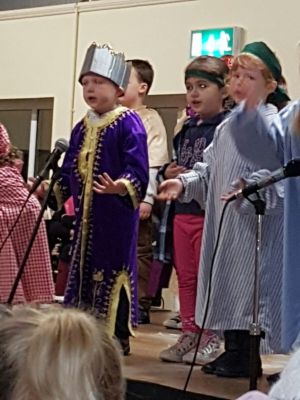 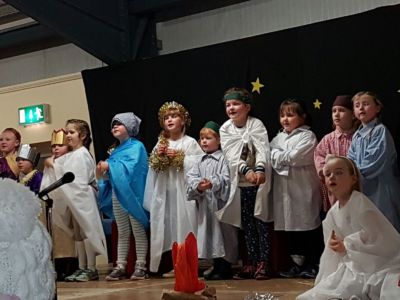 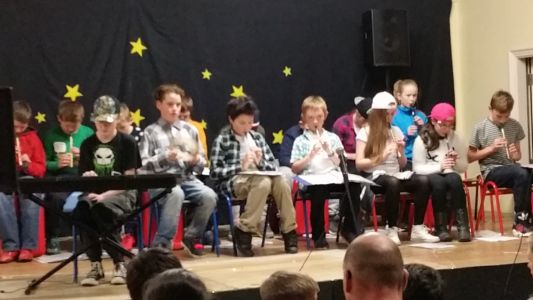 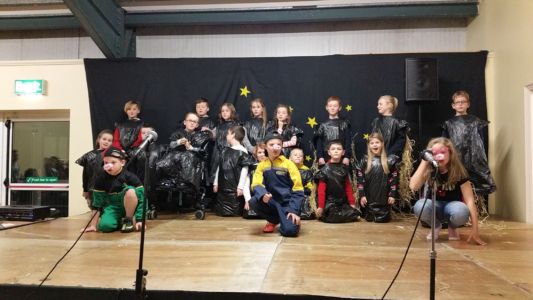 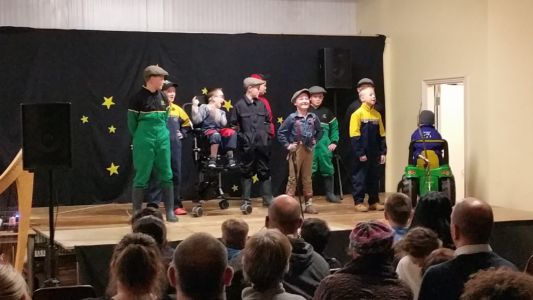 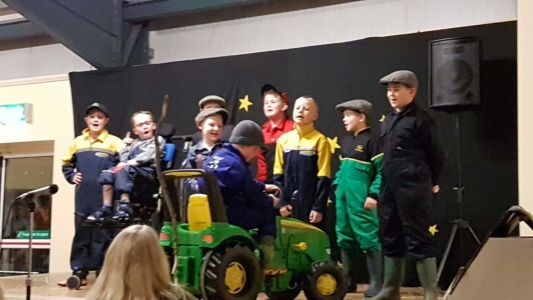 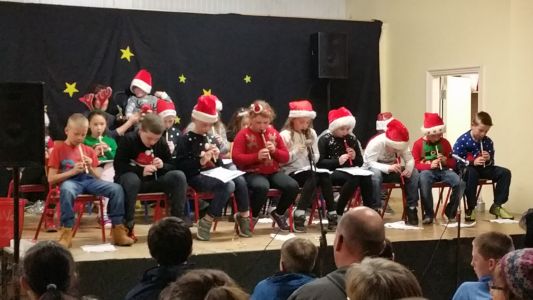 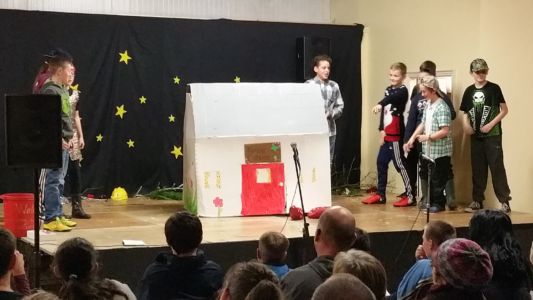 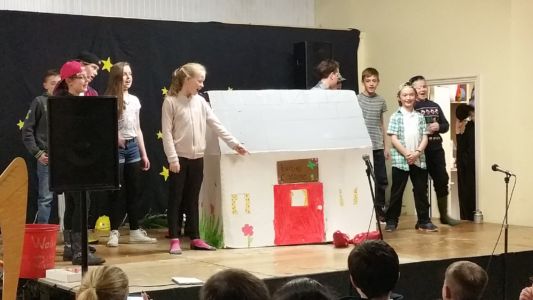 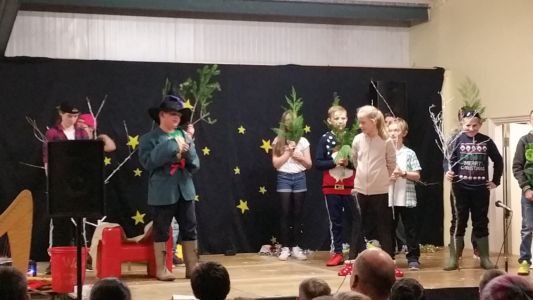 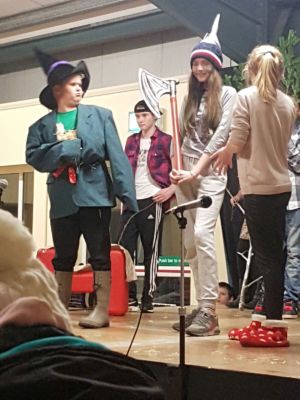 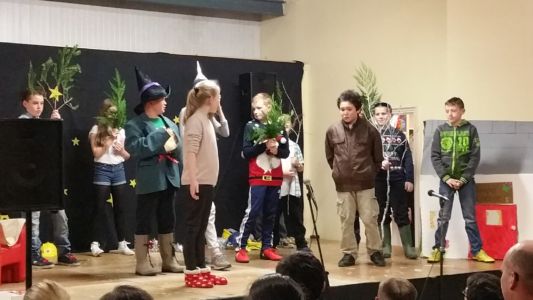 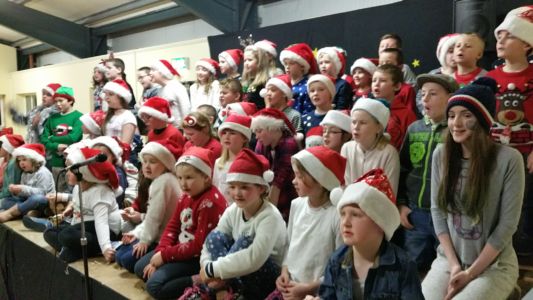 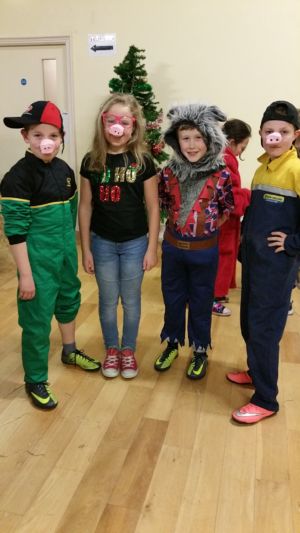 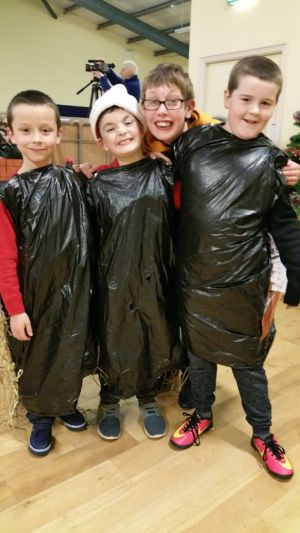 On the night on Tuesday 13th of December, all the children of Ballycullane N.S. put on a fantastic Christmas show up in Tintern Complex.

We opened with a poem called ‘Louder’ performed by Aéd and Phillip. This was followed by Junior, Senior and 1st class’ Nativity play. It was full of wonderful acting and song. Afterwards 5th and 6th class performed a 1960s pop medley on the tin whistle accompanied by Aéd on keyboard and Ms Hyland.  2nd, 3rd, & 4th Class were next up with a production of Roald Dahl’s version of the Three Little Pigs. It was all terribly gruesome! To bring us to the interval we had a very talented group of young men called The Grassmen who performed ‘Hit the Diff’ to rapturous applause.

Following the interval, Ms Walsh’s room performed some Christmas classics on the tin whistle accompanied by Ms Hyland. Then it was Ms Furlong’s room’s turn to entertain with a production of The Wizard of Oz ( Ballycullane Style). Ms Roche’s room came back up to recite some poetry and then the whole school got together to sing a Christmas medley.

A lot of dedication and hard work went into the show by the children and it showed! We were delighted with such a full hall. €428 was raised on the night alone with a further €1,167.62 raised through our Parent Association Christmas Raffle.

Many Thanks to all who contributed, we are delighted to have earned such support this year.

See our Newsletter Section for all the latest News from Ballycullane N.S.

Recent Posts
Archives
error: Content is protected !!
We use cookies to ensure that we give you the best experience on our website. If you continue to use this site we will assume that you are happy with it.Ok